I’ve spent a lot of my career as a photographer traveling across the United States. By far, some of my favorite destinations are in the south west of our great nation. In 2012 I visited Salvation Mountain about 2 hours east of San Diego. Built By Leonard Knight, Salvation Mountain is his tribute to God and his gift to the world with its simple yet powerful message: “God Is Love.” Leonard’s passion has lovingly created this brilliant “outsider art ” masterpiece resplendent with not only biblical and religious scripture such as the Lord’s Prayer, John 3:16, and the Sinner’s Prayer, but also including flowers, trees, waterfalls, suns, bluebirds, and many other fascinating and colorful objects. It’s truly worth the drive and is even more interesting at night. The location has been featured in many movies, most recently the Sean Penn film “Into The Wild” starring Emil Hirsch which tells the story of “Alexander Supertramp” aka Chris McCandles. Fortunately, a visit there doesn’t require that you give up all your worldly possessions and live off the grid. It’s open 24/7/365 and is located close to the Salton Sea and Slab City. 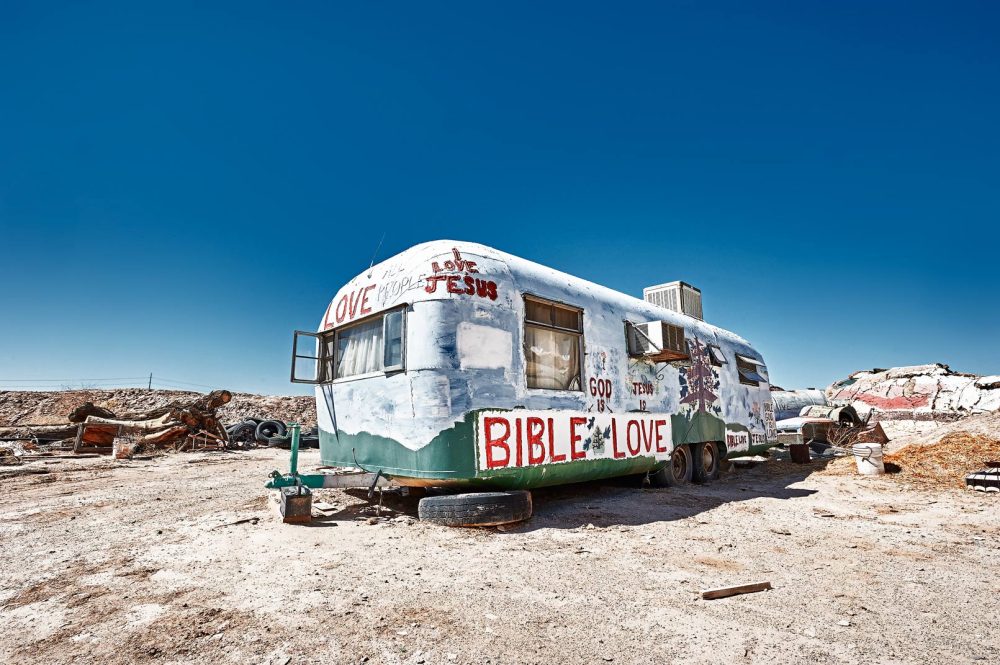 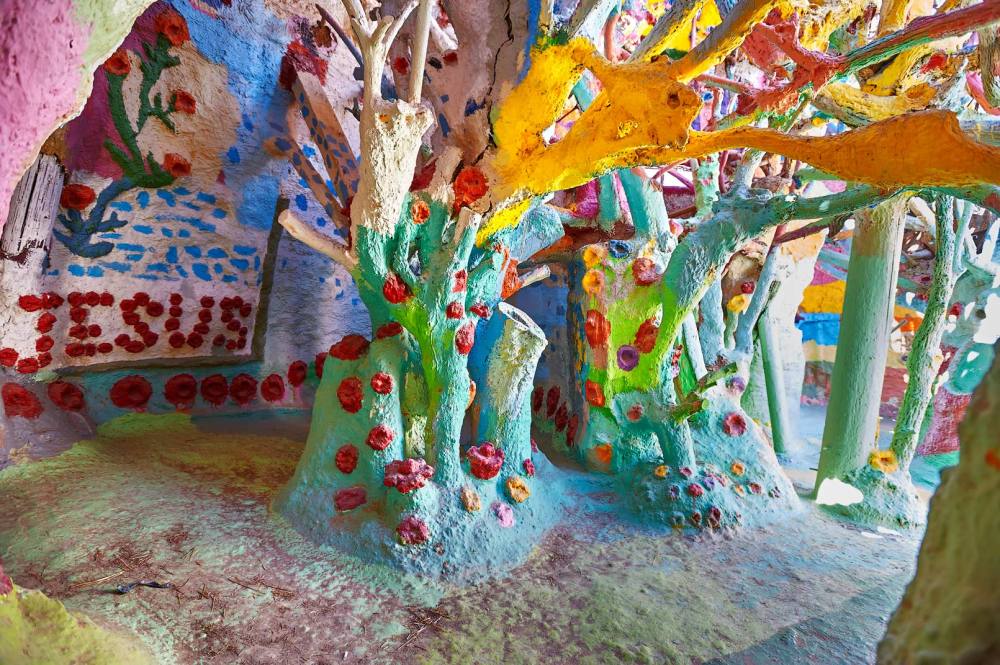 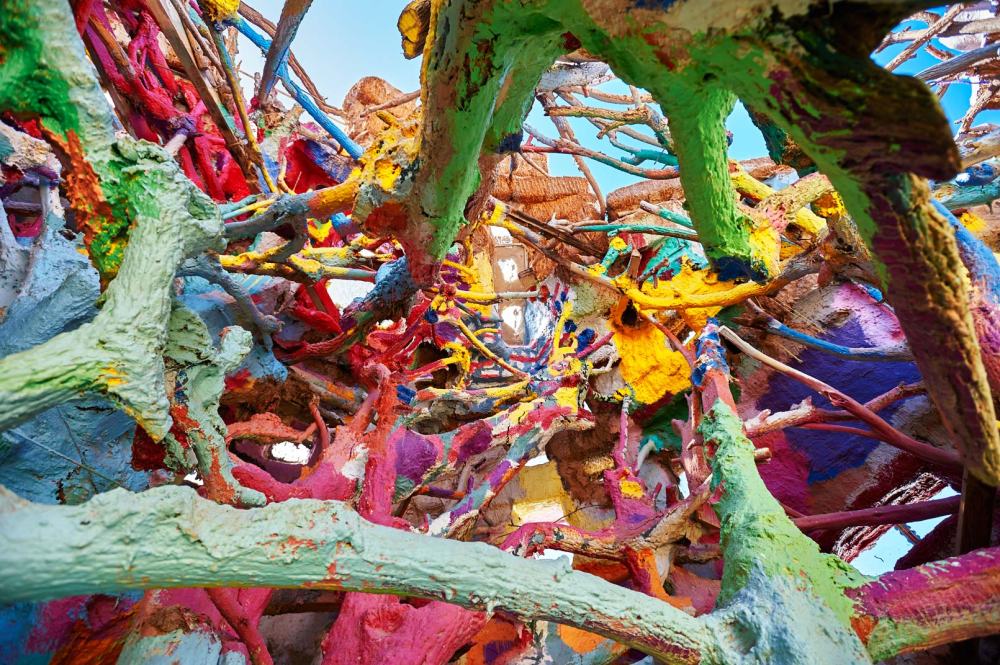 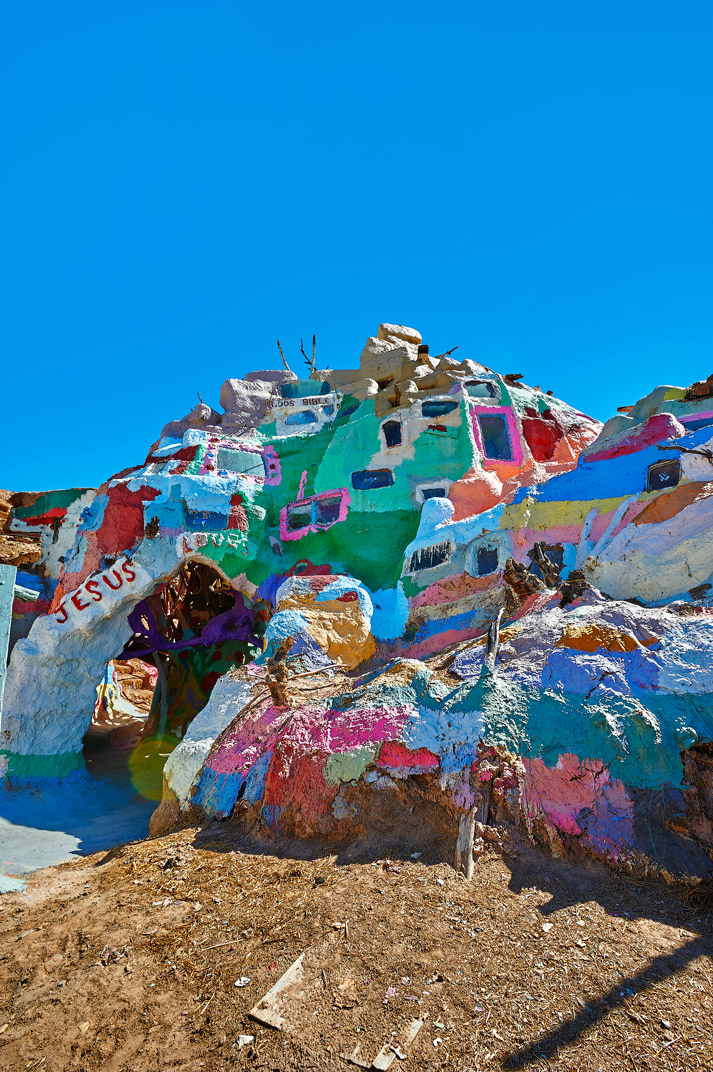 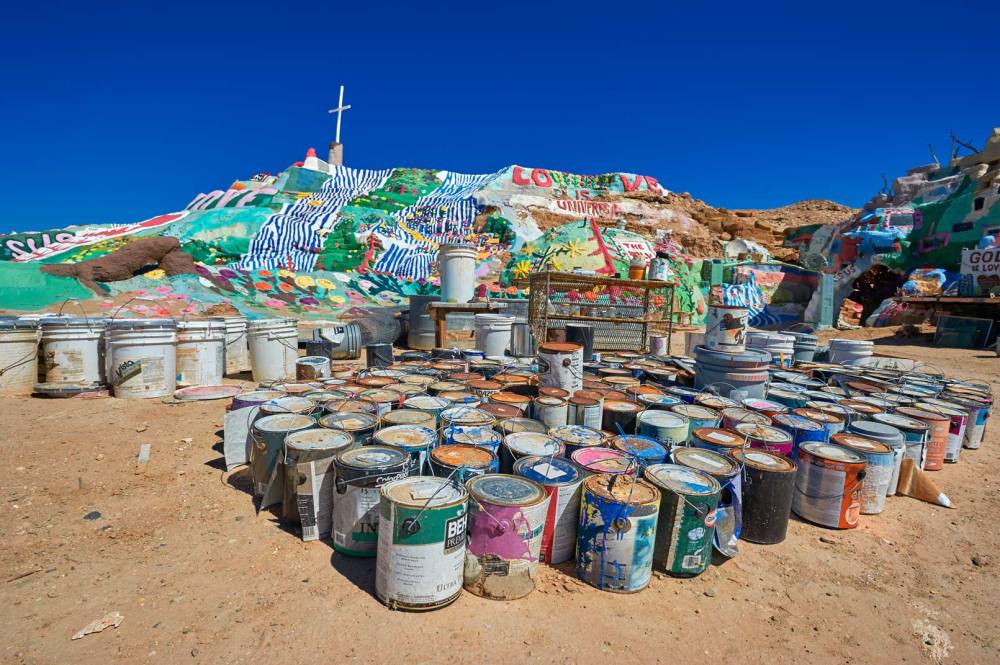 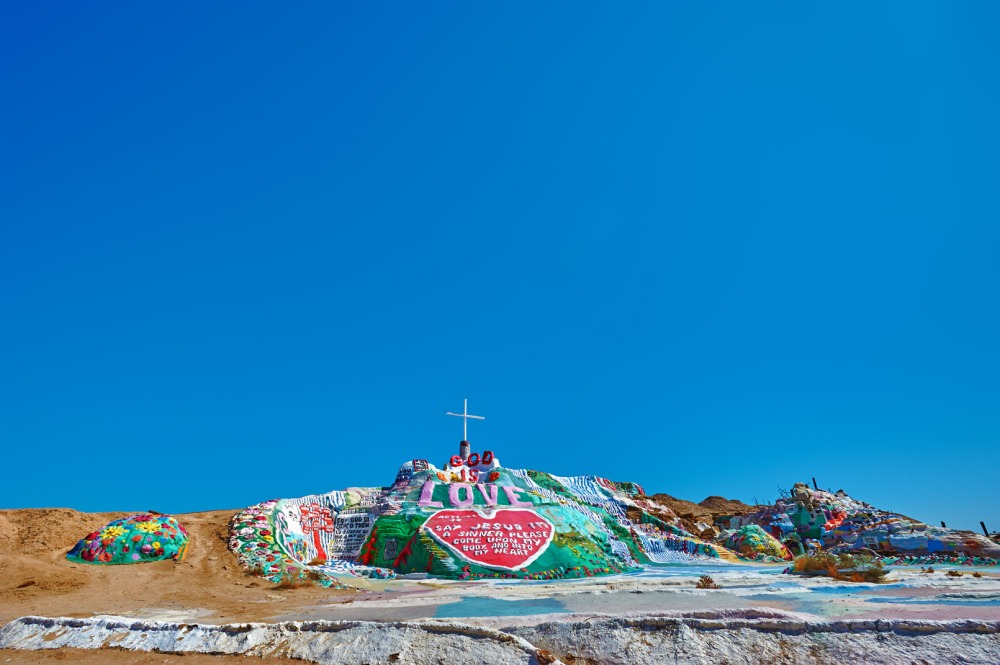